The March Building Online Communities MeetUp’s speaker was Kajal Odedra from the worlds largest petitions platform change.org. From their beginning in 2011 they now have ten million UK users.

Kajal talked through her six insights, which were:

1. (Having an) authentic voice – this is really important (and impactful) for their community. People sharing their own story, what brought them to the campaign they have started, and updating the community themselves make it more real and engaging.

For example, Fahma Mohamed‘s campaign on educating girls about FGM before the summer they are most at risk was a very specific ask within the whole FGM campaign, but came from her personal experience and her knowledge – which gave the campaign its strength.

2. Little big thing – this means the tangible thing that brings your issue to life. In contrast, really big things can be hard to make sound urgent. So many campaigns have a specific ask to a specific organisation or business – they may seem small against some of the big challenges and changes people want to see, but they are more easily winnable, and everyone likes to see success.

For example the campaign to get Boots to equalise prices betweens men’s and women’s products was very rapid. It caught the zeitgeist, but the ask was also very specific. It is not world peace but it is change!

3. People like email more than you think. This is a point that keeps coming up in different contexts. And it means that it’s fine to send updates etc. to your community.

Someone asked about the optimum frequency of emails? Kajal said they sometimes send as many as three in a day or two around important events, but otherwise weekly seems a good frequency, and a bit more for the most active users. She also noted that regular emails on a campaign are better than occasional ones (leading to fewer unsubscribes).

In change.org’s case updates on small wins or milestones is also a kind of reward and keeps people engaged.

4. Online + Offline. Not everything happens online. It’s always worth asking how people can engage with you online, but think also about how they can do more in the real world if they want to. Many people in your community will have useful skills they will be happy to share (for example legal or media expertise).

Change.org also work hard to build the capacity of their campaigners, so they train them and support them face-to-face as well as online. Their work with Laura who started her tampax campaign two years ago gave her confidence, kept the momentum going, and helped her support emerging campaigns and campaigners in other countries.

5. Crowdsource – how can your supporters help grow your movement? It’s always worth asking how people can help your campaign. In amongst those signatories are people with expertise and skills – you just have to ask. Change.org have a new user forum coming live soon, which will also allow you to list any useful skills you can make available to campaigners.

6. Test test test. Never assume that you know what people want. So get them to tell you, by using A/B testing and other methods.

Kajal’s final point was about giving power to your community. In the Q&A she also noted that size isn’t always everything: even small but well-timed and targeted campaigns can make changes happen. And that you can also “pivot” your campaigns if need be.

Thanks to Tech Hub for supporting this meetup as always.

Patrick from Which? is a bit of an old hand. He’s been running their community discussion website, Which? Convo,  since 2010. But Which? is even older. It was started in 1957. So how has a membership organisation that was founded before the internet risen to the challenge of connecting with people online?

Since 2010 ‘Which? Convo ‘ has had 8m visits, 130,000 comments, 400,000 poll votes, 200+ authors, 4,000 conversations – and all of that starting with a blog on WordPress and expanding to using Buddypress. It just goes to show you don’t have to go all flash and bespoke to get started or even to grow. Their revamped site is still built on the same system.

Interestingly, for an organisation whose funding is from their paying, subscription magazine members, this site is for everyone and they don’t do a hard sell. They see the value in their community members powering the campaigns that bring about change – and then, I guess, cementing their reputation as the effective friend to consumers.

So here are some of the lessons we learnt.

Rather than a free for all forum they have divided the new site into subject areas. As their consumer brief covers so many items, this allows the community to navigate to their area of interest. This means they can also create content written by their experts and by members who have a deep interest in a subject. Giving active members the space to blog is one way to reward activity and also allows people to help share the agenda.

But they also use polls to generate content and use this as a way to test ideas for future campaigns.

Most useful was their approach to criticism and controversy. There is unlikely to be an online community where people don’t disagree with each other or take issue with your policy line. They see this as part of the territory, allowing discussion to happen, using member blogs to show both sides of the argument and being honest when its just not something that Which? as an organisation can agree with!

Using conversations to change the world

They can also gauge which members would make great case case studies for the media. Their trail of comments are a great way to test whether they have something to say and can say it well.

“Our community has helped shape our move to campaigning with consumers. The community stopped the abolition of cheques, and directly influenced the launch of our Fixed Means Fixed, Costly Calls and Nuisance Calls campaigns.” Patrick Steen 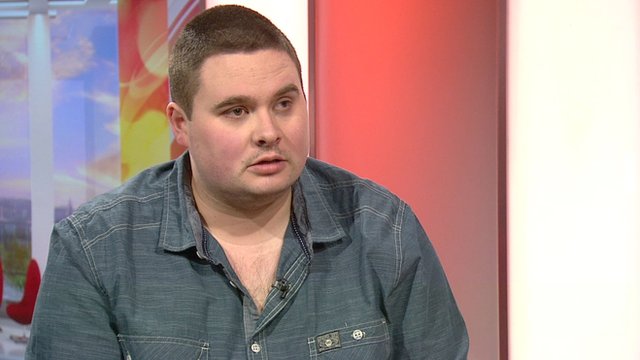 Lee Beaumont set up a premium rate number and made cash from nuisance calls. He became the consumers hero. But Which? found him on their convo site (we salute Lee!)

They had 30,000 comments and 260,000 signatures on their nuisance calls petition. Community Members Martin Bostock and Lee Beaumont spoke to the media, not as Which? but as informed consumers with stories to tell.

We all struggle with knowing what data to collect and how best to use it for insight. You would think a big organisation like Which? had it licked. But they are really just building in the ability to collect more data to make their campaigns more effective.

This was a useful reminder to me. You can crunch as much data as you like, but the real test of whether you are getting things right is if people are responding to your content. Only build in whiz bang features if it helps your community do more of that!

Which?’s revamped site is all about making it easier for the community members to tailor their interaction. They achieved this with a simple modification requiring a simple sign-up process.

You can see the slides from the event below and do join us at the next one  – from Fan Clubs to Supporting Refugees with Shelly Taylor.